In 2008 I led a student cultural trip with a great friend and teacher to a place that is very special in his heart and soon became firmly planted in mine. Kham is the region, Eastern plateau of Tibet where Buddhism is alive and watching it practiced you can’t help but be moved. I still remember the sounds and emotions I felt watching the devotion people showed – it was a complete privilege to experience.

While there were many moments on this trip that made me speechless, there was one in particular that moved me to tears. We arrived in a village at a special time when a lama (high priest) was in the small town and this had brought many people into the sleepy town from the surrounding countryside. The faces and prayers going on with the prayer flags on surrounding hills and around the meeting grounds created a calming and  scene. 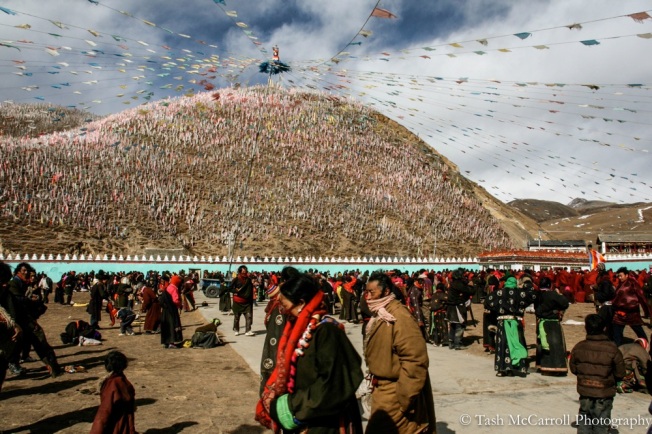 At Mani Gompa, near Tagong in Kham (Eastern Tibet) we had just stepped out of he car and we were faced with 15 nuns coming down the road towards us. The sound, movement and up down motion was incredible to watch and as we watched them slide on their chests fully committing themselves to the process and hard ground surrounding the monastery.

The Nuns coming down the road

The nuns were doing a wide kora (circle) around the monastery in preparation for a six month journey, prostrating all the way, to Lhasa (over 1500km). Up hills, down dusty rocky banks and hard roads… nothing slowed them up even as one almost disappeared over the side of the bank.

The sound of their wooden planks attached to their hands and the robes scrapping on the ground signalled the dedication to their pilgrimage and true conviction to their religion.

Scraping and sliding across the ground 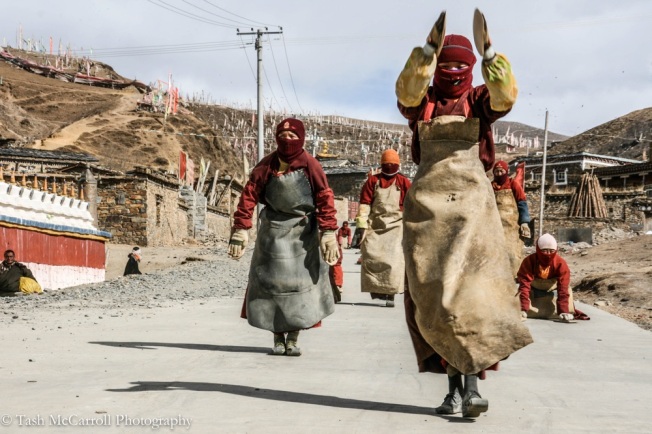 A woman shows us her prayer wheel

Monks heading up to the monastery 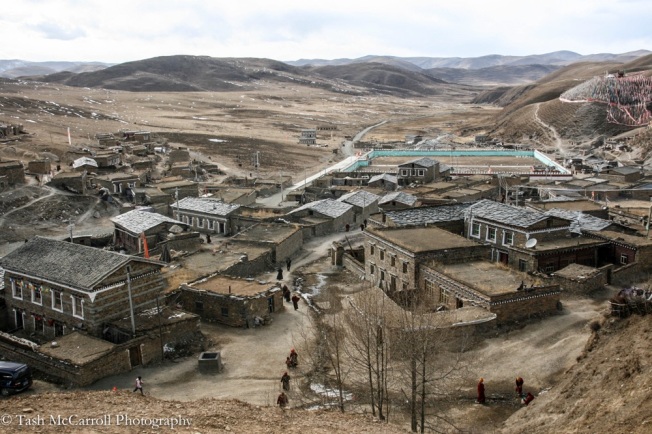 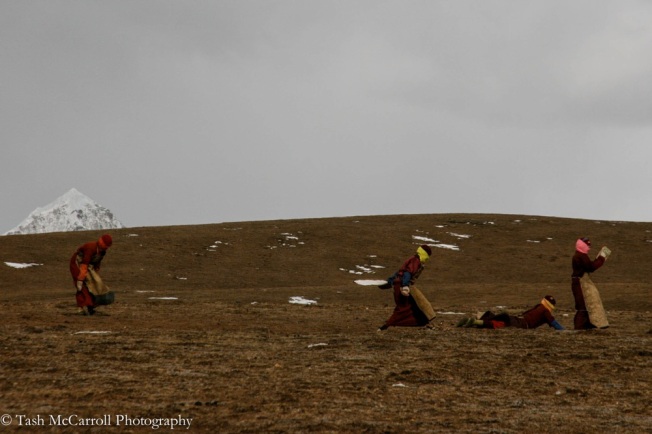 The nuns continue prostrating their way across the hill top 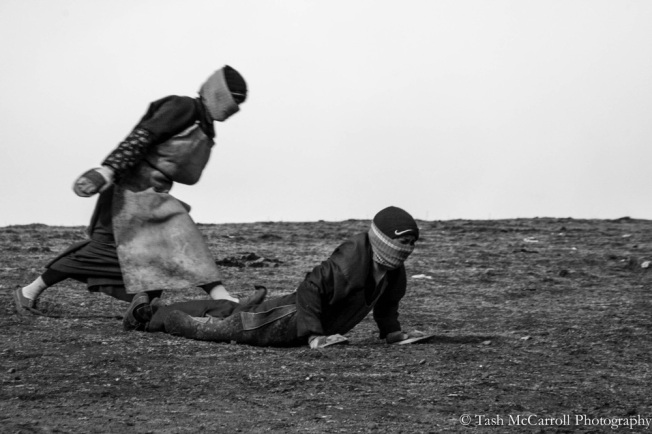 Sliding down the hill

Rishi’s beard was a main attraction with the locals 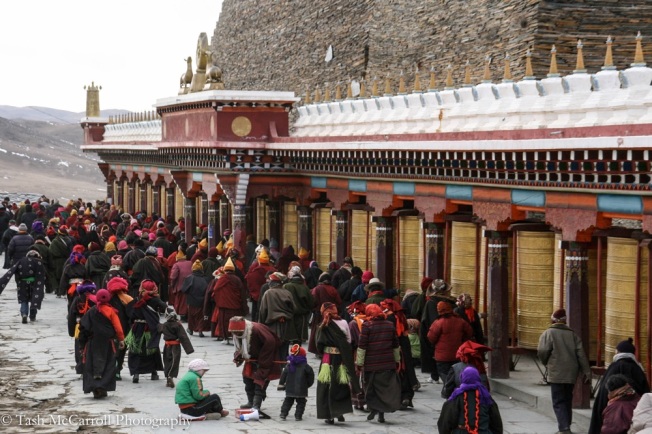 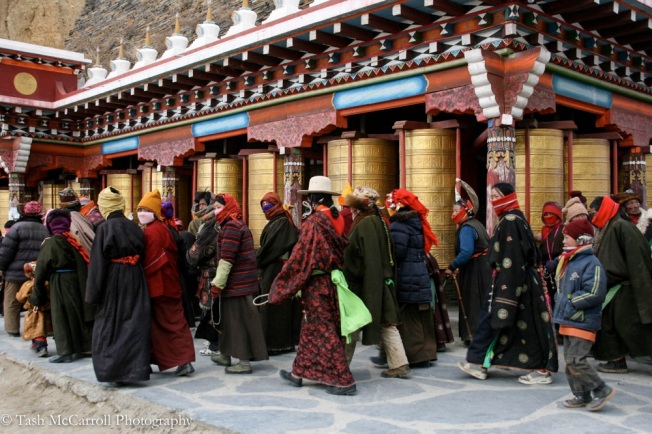 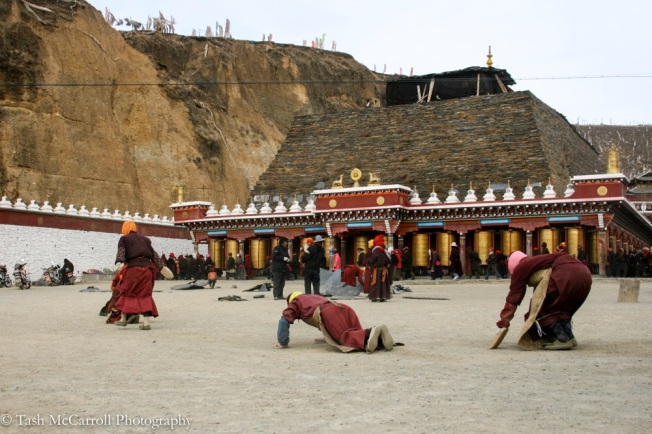 The nuns coming into the monastery