I first came to Ethiopia in 2010… I only had a month to adventure around this incredible country, it wasn’t long enough!  Extending my visa seemed like too much effort and I left absolutely gutted to not get to Harar.  I thought about coming back to Ethiopia for years just to go see what I had missed.  However, when I decided to move here last year I knew I would be able to finally go and a few weeks ago my dream came true. I will admit I was worried I had built it up in my mind and might be disappointed… was I? Not at all… it was amazing!

Here’s what you don’t get when you fly…

You don’t get the cool mountain air blowing in the window as you steam across passes. You don’t get the smell of eucalyptus trees on a plane, you can’t hear the children yelling “you you Faranji”, or see the smiles, waves and heads turn as you drive past. You don’t get the waves or the yells and whistles from the truck drivers as you pass them in blocked up villages. You don’t get the chance to harness your driving skills to dodge cows, goats, sheep, donkeys and camels, while young boys who can barely see over the backs of the cows pull their tails to drag them back off the road. You don’t see that every second man has a huge bag of khat (qat) and have them try to fling at you. You miss the chance to be sold birds, charcoal and wood as well. You can’t see the rolling hills and the deep valleys. You miss the women taking the donkeys with jerry cans to wait in a huge line at the village well to fill up with water for the daily chores. You miss it all on a plane – there is no sensory feast like I got… so when I can I will take the road – the journey is as good as (sometimes better than) the destination ! ‪ 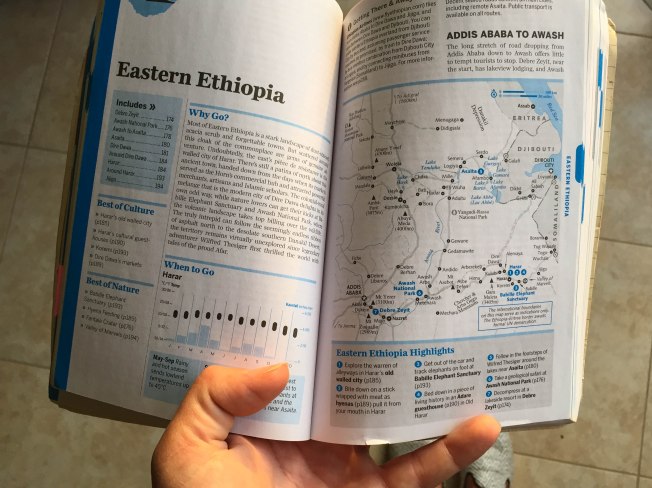 The journey east can take anywhere from 7-9 hours depending on your luck with khat trucks, buses, camels, overloaded donkeys, and other life stock crossing the road. The drive once you are past Awash is amazing as you enter the drive up through the Chercher and Abra Gugu mountains and finally down into Harar where the gates to the walled city greet you filled with colour and movement. I managed a 8 hour drive over and a quick 7 hour trip back with a quick stop in Awash for petrol and a coke. 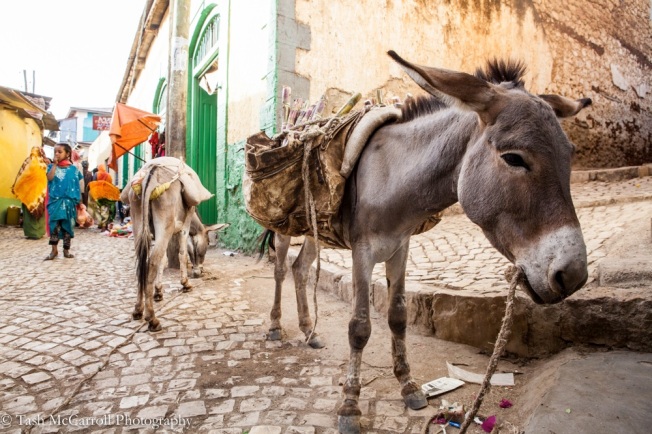 Termed the ‘City of Saints’, Harar is a predominantly considered a muslim city with over 80 mosques hidden in its alleyways and considered by many to be the 4th holy city of Islam. Despite its Muslim appearance in 2003 UNESCO awarded Harar the City of Peace prize for existing with all of its varied religious group in harmony for so long. In the center of the city you can come across the grand mosque, a Catholic church and an Orthodox Church all within a stone throw from one another.

Its a maze of 368 alleyways inside the walls and a fun place to get lost – although you can always find your way back to the center. The alleyways are filled with people and activity and around any of the gates you will find busy markets in the late afternoon.

I would have had little chance navigating the alleyways as behind many gates were hidden sites to check out.  I was recommended Biniyam from a friend at work, not someone who usually takes a guide I worried that he may not get what I was about and try to take me go and see things I really wasn’t interested in. This was not the case and we immediately hit it off talking like old friends, joking and enjoying each others company.

She knew how to work the camera

We spent some time while walking with my polaroid camera taking photos and giving them to the children we met. We found some real characters along the way who knew how to work the camera with no prompting!

My awesome guide Biniyam using the polaroid camera so we could print out some pictures for the young girls. 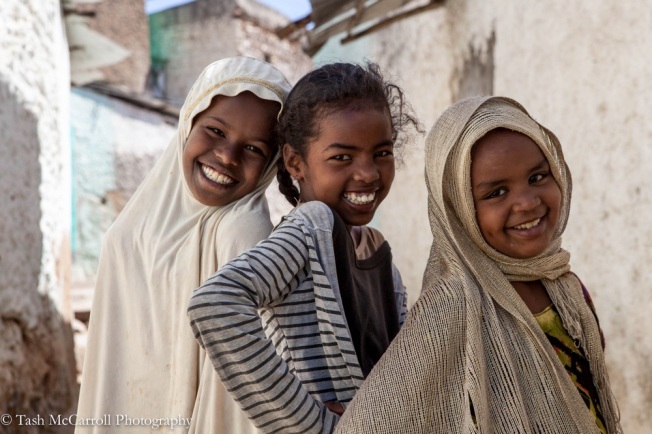 The best smile we met for sure 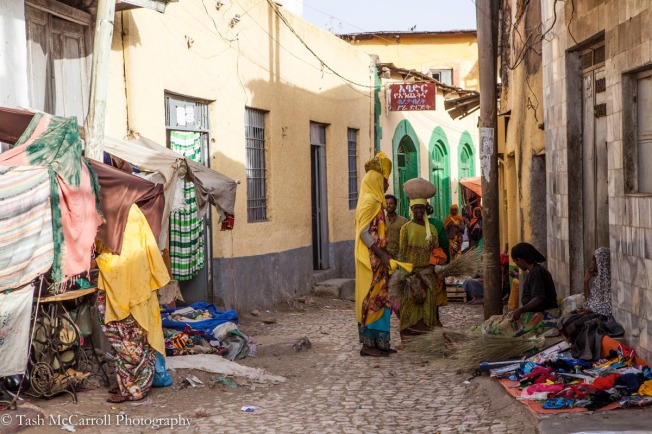 I loved just picking a spot by the gate and sitting watching the women dressed so birightly going about their business and shopping. They were happy (through translation) to engage in conversation, many of them were not from the city but had walked a long way to come in and sell their goods and would after sunset be taking the walk home.

They say no trip to Harar is complete without meeting the ‘Hyena man’ – Yusuf. We drove along the wall of the city and then headed for a few minutes off road past Yusuf’s house and into a field. As we approached the lights from the car shone and we could see a lot of eyes shinning back, amongst all the eyes a man and a young boy sitting feeding the twenty hyenas who had gathered. We were the only ones there and Biniyam informed me that the hyena man came out every night to feed the hyenas even if there were no tourists. If he doesn’t then they come to his house and hang about waiting to be fed.

Biniyam shows me how its done – just a casual hyena on your back being fed!

Yusuf has been doing this for years and they way he handles the hyenas immediately sets you at ease. They respond to his scolding and he pushes them off like misbehaving dogs, once I had watched him for a few minutes I felt more than confident being in their presence despite the fact they are wild animals. It was interesting to watch the dominant females feed while the others had to wait around for scraps to be thrown their way – they didn’t dare challenge the bosses of the pack. 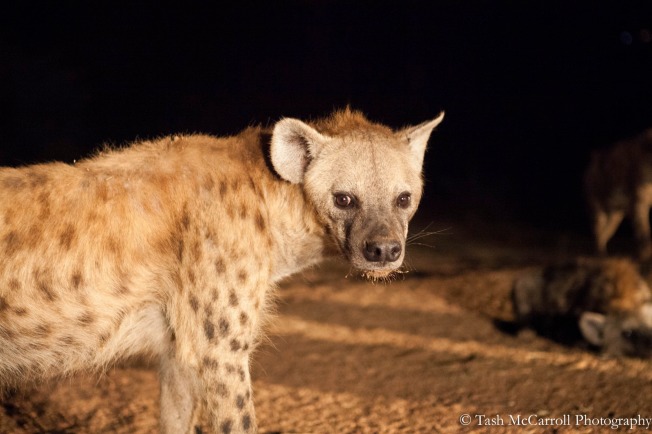 I took some adventures outside of the city of Harar as well and I highly recommend Biniyam if you are looking for a guide on your adventure to Harar. He will tailor your experience to meet your needs, which may include taking in all the ‘tourist’ spots or just sitting in a market watching life move around you. His email is feresmegala@gmail.com – send him a message and let him know when you are heading over!